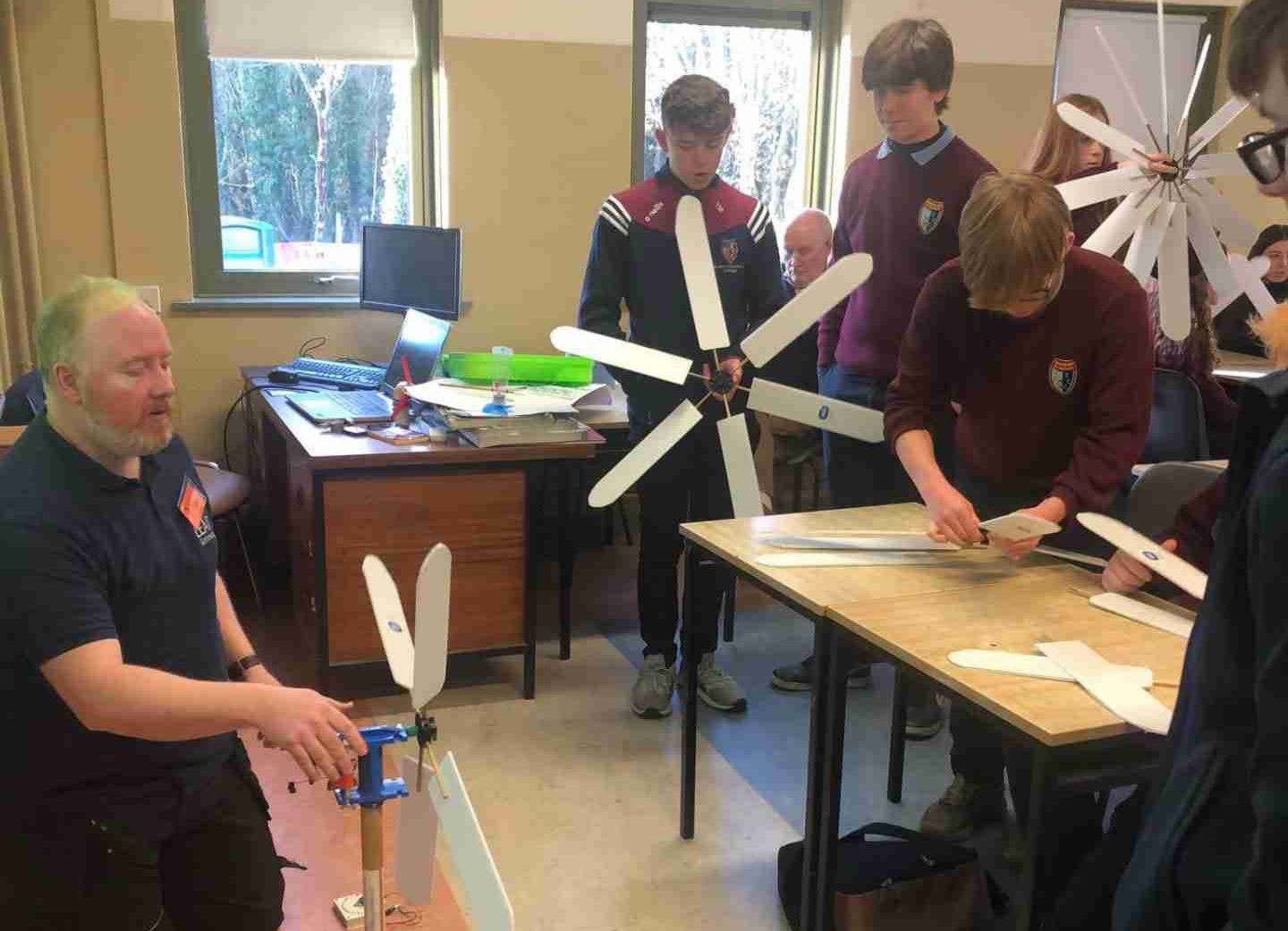 Learn Renewables is an independent education and research-based programme that is also geared towards attracting students into the renewables industry. In Scariff, 78 pupils attended the workshops while 85 pupils and attended in St Anne’s.

Clare-based Community Liaison Officer Kevin Donnellan said: ‘The interaction and enthusiasm was lovely to see. The students were really interested in learning about renewable energy and from what I saw from the turbine building exercise, there are a good few budding engineers among them.