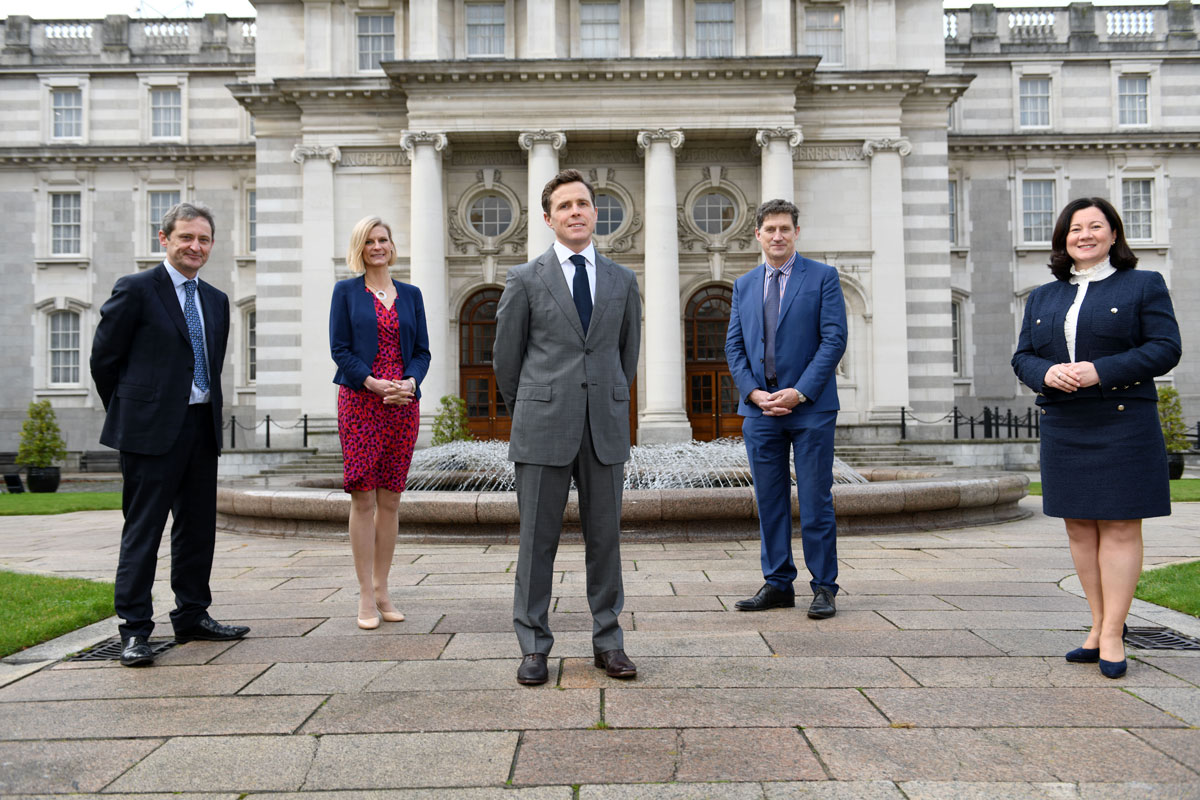 Coillte and ESB have today unveiled their new 50:50 joint venture company, FuturEnergy Ireland. The two commercial semi-state companies have joined forces for an exciting new venture in renewable energy development in what is a major boost to Ireland’s Climate Action agenda.

The aim of FuturEnergy Ireland is to materially help the country deliver on its green energy targets, achieving net zero emissions by 2050, as set out in the Government’s Climate Action Plan and legislated for under the Climate Action Act. The Coillte-ESB joint venture is looking to actively drive Ireland’s transition to a low carbon economy by developing 1GW of wind energy projects by 2030, enough to power more than 500,000 homes.

FuturEnergy Ireland is dedicated to developing best-in-class, commercially successful wind farms while maximising the support from local communities. This is an opportunity to combat climate change and contribute to a cleaner, brighter and greener future for everyone in Ireland. FuturEnergy Ireland’s wind farm projects have the potential to play a fundamental role in a green economic recovery by creating jobs in rural areas and growing a green industrial sector, while also funding local development and enhancing amenities for host communities.

Minister for the Environment, Climate and Communications, Eamon Ryan TD, said: “The Climate Action Plan 2021 sets out a more ambitious goal of up to 80% of electricity being generated from renewables by 2030, further reducing greenhouse gas emissions across the country. Onshore wind has been the predominant renewable technology to date, has delivered enormously for Ireland and will continue to play an important role in reaching this 80% level. This ambitious joint venture between Coillte and ESB, with its mandate for the delivery of 1GW of renewable energy by 2030, is positioned to show real leadership in reaching our national climate goals.”

Minister of State for Land Use and Biodiversity, Pippa Hackett, said: “It is exciting to see Coillte and ESB join forces in the formation of FuturEnergy Ireland, leveraging their respective strengths and heritage in the onshore wind sector. Responsible development of this essential green infrastructure will demonstrate how multiple benefits can be derived for all, including local communities, from Ireland’s significant and unique land.”

Minister for Public Expenditure and Reform, Michael McGrath TD, said: “The commitment by Coillte and the ESB, through the establishment of FuturEnergy Ireland, to further their investments in the Irish onshore wind market is very complementary to the climate-related capital commitments made in the recently published National Development Plan (2021-2030). The successful delivery of renewable energy infrastructure by FuturEnergy Ireland will be a strong source of value creation in the coming years.”

As custodian of 7% of Ireland’s land, Coillte plays a critical role in tackling climate change through the active management of its land and forest resources and the manufacture of sustainable forest products. To date, Coillte land has been a key enabler of Ireland successfully hitting its target of satisfying 40% of electricity demand from renewable sources by 2020. Coillte’s participation in FuturEnergy Ireland is part of the company’s wider strategic plan and commitment to creating a sustainable future.

Imelda Hurley, Chief Executive of Coillte, said: “The launch of FuturEnergy Ireland is a significant milestone for Coillte and the culmination of over 20 years of experience in this sector. It sees our entire renewable energy business transfer into the new joint venture company, which aims to deliver 1GW of renewable energy projects by 2030. This makes Coillte a key player in Ireland’s transition to a more sustainable future in electricity generation, a central component of the 2020 Programme for Government, Ireland’s Climate Action Plan and the National Development Plan (2021-30). We look forward to supporting the business as a co-shareholder alongside our partner ESB, with whom we have a strong record of successful project delivery.”

ESB, through its Brighter Future strategy, is furthering its investment in and commitment to onshore wind generation in Ireland, one of the main technologies underpinning the clean electricity systems that will power our societies into the future.

Paddy Hayes, Chief Executive of ESB, said: “At ESB we believe that developing and connecting renewable electricity makes a real difference for the customers and communities we serve, taking us closer to Net Zero. ESB’s commitment to FuturEnergy Ireland builds on a strong history of successful partnerships with Coillte. It is an important investment in building a Brighter Future.”

Coillte’s portfolio of proposed wind farm projects and its Renewable Energy division has now transferred to FuturEnergy Ireland. The majority of projects in the pipeline are either preparing to enter the planning system or are in the planning process awaiting adjudication. The FuturEnergy Ireland team is poised to play a critical role by increasing Ireland’s production of green, clean electricity as Ireland steps up its efforts to counter climate change.

The new company is led by CEO Peter Lynch, former managing director of Coillte’s Renewable Energy Division. Lynch said: “With the very strong mandate received from its two shareholders, FuturEnergy Ireland is positioned to make a lasting and positive impact in Ireland’s renewable energy sector by delivering wind farm infrastructure for the benefit of all stakeholders, including local host communities. By successfully bringing forward its portfolio of projects, FuturEnergy Ireland can become a sectoral industry leader and standard bearer for the responsible development of renewable energy infrastructure.”