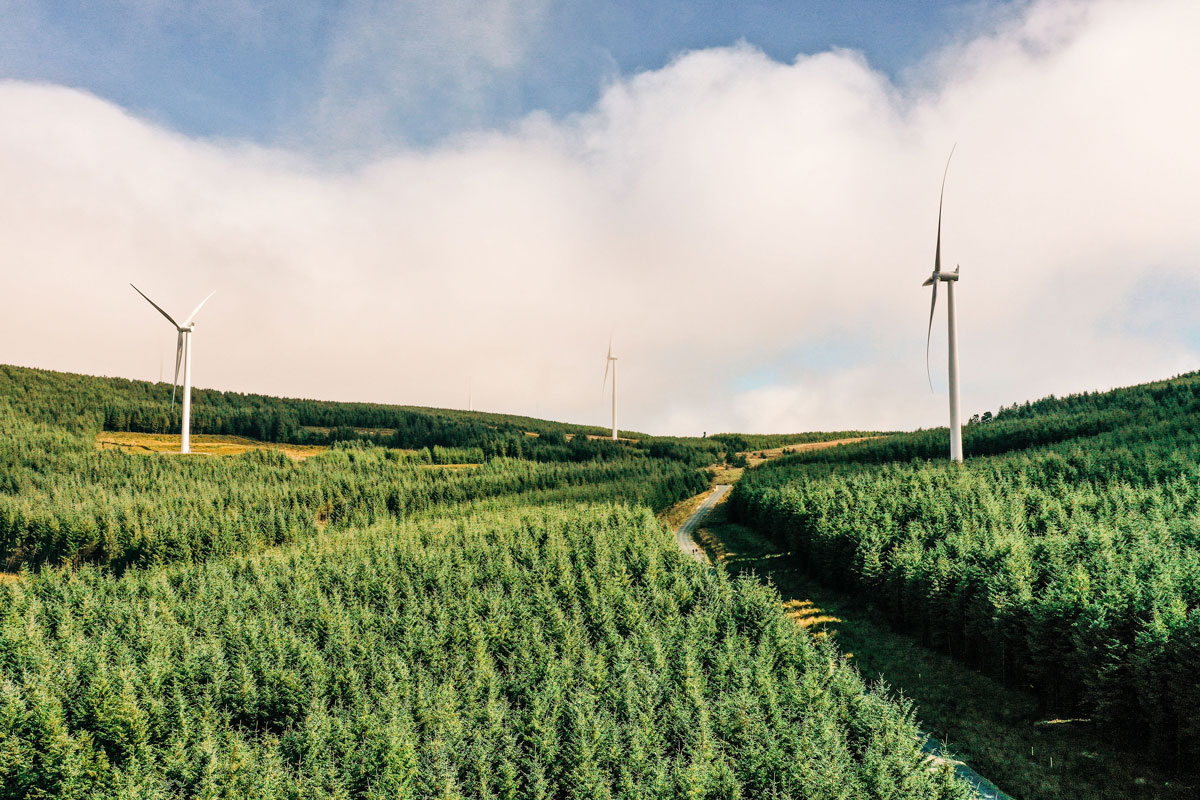 An Bord Pleanála has granted final planning permission for Carrownagowan Wind Farm, a FuturEnergy Ireland project. The renewable energy development, which comprises 19 wind turbines with a tip height of up to 169 metres, is located on the northern slopes of Slieve Bernagh in East Co. Clare. This news comes at a time when the country is in urgent need of increased renewable energy sources to reduce our dependance on imported fossil fuels and to meet climate action targets.

Carrownagowan Wind Farm is expected to generate enough clean, green electricity to power the equivalent of around 66,500 homes annually. Over the lifetime of this project, 2.8 million tonnes of CO2 are expected to be offset compared with traditional electricity generation.

This renewable energy project has the potential to make a significant and lasting positive impact locally in East Co. Clare. Once operational, the project will support a substantial Community Benefit Fund that consists of near neighbour contributions and a wider community fund that provides direct local funding. Based on the Government’s Renewable Electricity Support Scheme (RESS), Carrownagowan Wind Farm would contribute up to €10 million to the local community during its lifetime.

A boost to the local economy is also expected in the form of significant annual rates contributions to Clare County Council as well as employment opportunities, both during construction and operation.

Mary Lynch, FuturEnergy Ireland Portfolio Director, said: “FuturEnergy Ireland welcomes the decision reached by An Bord Pleanála regarding Carrownagowan Wind Farm. This is a significant FuturEnergy Ireland planning grant, which moves the company closer to being able to provide Ireland with an increased supply of clean, green electricity to help hit climate targets, increase energy security and lower fuel bills for everyone.

“The FuturEnergy Ireland team would like to thank the local community for their consistent support of Carrownagowan Wind Farm. We are looking forward to working with you as the project develops and building on this strong foundation to be good neighbours for many years to come.”

If you have any queries regarding this project, please email carrownagowan@futurenergyireland.ie . All project information is available at www.carrownagowanwindfarm.ie.

Notes to the editor

FuturEnergy Ireland is a joint venture company owned on a 50:50 basis by Coillte and ESB that is actively driving Ireland’s transition to a low carbon economy. The company’s ambition is to develop more than 1GW of renewable energy capacity by 2030 and make a significant contribution to Ireland’s commitment to produce 80% of electricity from renewable sources by the end of this decade. www.futurenergyireland.ie